Introduction to Organizations and Strategy | 2018-19

Introduction to Operations and Finance | 2018-19 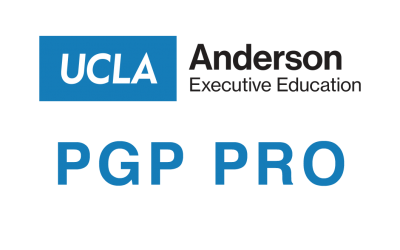 In this first in-class module from UCLA, you will learn from professors who have won several teaching awards at UCLA and other business schools for their teaching and research and are the leading experts in their fields. You will spend one day each with Prof. Sanjay Sood, Prof. Mike Rosenberg and Prof. Bob McCann to learn the essential skills of branding and marketing, strategy and leadership communications, respectively. You will learn how to build a coherent corporate strategy including brand and marketing strategy and how to manage communications within your organization and outside and to come across as a good leader. You will also receive your Birkman assessment reports and develop a growth plan for yourself based on your personal results in a session with Prof. McCann, where he will help you analyze and understand your results.

Professor of Marketing Sanjay Sood, who holds both an MBA from Kellogg and a Ph.D. from Stanford, says that incorporating real-world experience can dramatically improve the classroom experience. That’s why for the last decade he has been teaching his classes with C-suite industry executives from MGM, P&G and Google, assigning live projects with real companies — like NBC, Universal Studios and the TED brand — and taking his students on field trips to startups, major corporations and ad agencies.

“The co-teaching model of having faculty paired with seasoned executives in the classroom for the entire 10 weeks is a differentiator for Anderson,” says Sood. “We’re one of the few business schools that emphasizes a joint classroom model of practitioners with faculty for the entire quarter. It provides extra depth to the content as well as a unique combination of academic rigor plus managerial relevance.”

Sood’s academic research focuses on two areas, brand management and behavioral decision making. “As a doctoral student I was excited by the relatively new field of branding in consumer behavior and also was fortunate to be exposed to some of the pioneers of choice architecture,” he says. “The faculty at Anderson are adept at bringing research into the classroom and I have tried to follow that lead. Academic frameworks in branding can be applied across industries, and behavioral decision making is becoming increasingly relevant to senior managers and policymakers.”

Sood helped develop what is now UCLA Anderson’s Center for Management of Enterprise in Media, Entertainment & Sports, at a time when Dean Judy Olian established entertainment and media as a strategic priority for the school. Currently, between 10 and 15 percent of Anderson classes enter media and entertainment careers. In his classes, Sood looks at movies as brands going in the same direction as other products: Whereas Hollywood used to launch a new brand weekly, the trend now is toward brand franchises.

Using psychological principles in his research, Sood examines how firms can best build, manage and leverage strong brand names. This includes investigating what brand names mean to consumers, how to manage brand portfolios, how to use brand naming strategies to launch new products and how to protect brand names from becoming diluted over time and across geographical boundaries.

“We don’t really have strong preferences among products, typically,” he continues. “Depending on how many options are presented or the ways those options are described, it can flip us from one option to another. We really are quite fungible in terms of our preferences over time. This is important to marketing but also in the area of public policy.”

Robert M. (Bob) McCann has been creating, directing and teaching leadership and management communication courses across virtually all of UCLA Anderson’s MBA degree programs since coming to UCLA in 2010. He also teaches courses that include: Entrepreneurship; Global Leadership; Persuasion & Leadership; Leading & Doing Business in Thailand; and Doing Business in Southeast Asia in Anderson’s FEMBA, EMBA and full-time MBA programs.

Concurrently he is deeply engaged in many of UCLA Anderson’s executive education programs and annually teaches undergraduate classes in communication, global leadership and entrepreneurship at the University of Hong Kong.

Head of an active consulting business, McCann specializes in the training of executives and professionals in persuasion, leadership, workplace diversity and all aspects of the strategic use of communication in business settings. Some of the companies for which he has provided service include: Jet Propulsion Laboratories, Fox Entertainment Group, Marriott International, Johnson & Johnson Health Care, MTR (Hong Kong), CUHK (Hong Kong), UCLA Hospital, College Board, Pfizer, Novartis, Nestlé and Schering-Plough.

McCann’s research interests, which include workplace ageism, leadership, intergroup communication, cross-cultural communication and age diversity, can be traced back to his father, who at age 92 continues to put in 40-hour weeks as an executive in the printing industry. “My father is not alone,” McCann says. “Either by choice or necessity, older individuals around the world are working well into their so-called retirement years in numbers greater than ever before. And they are thriving. My dad and other such workers are the inspiration for my research on older workers.”

The research McCann conducts is relevant to pressing societal issues and has strong practical implications. Some of his recent work on the communicative dimensions of age biases was recently utilized in a U.S. Supreme Court amicus brief on age discrimination. He has also served as principal investigator on UCLA’s multiyear Center for International Business and Education Research (CIBER) grant.

McCann’s work has been published in several major refereed communication journals and has won numerous research awards. For more than a decade, he has served on the executive editorial board of the Journal of Asian Pacific Communication. His latest book, titled Ageism at Work: The Role of Communication in a Changing Workplace, is available in Spanish, Catalan and English.

McCann lived in Asia for nearly 20 years, most of which were spent in Thailand, where he worked both in academia (at the Sasin Graduate Institute of Business Administration of Chulalongkorn University) and in the private sector, where he helped spearhead Diageo’s relationship marketing efforts in Asia for the Johnnie Walker line of products. He also worked in international banking in Karachi, Pakistan, and London, England.

At present McCann holds the chair of the UCLA Thailand Executive Committee and serves on the faculty advisory committee of UCLA’s Center for Southeast Asian Studies. He is the former associate dean for global initiatives at UCLA Anderson.

McCann has received several teaching awards and dean’s commendations around the globe, including the prestigious “Golden Apple” Teaching Award at USC, one of his former institutions. This honor is bestowed by USC Marshall’s full-time, first-year MBA class on its favorite professors

Mike Rosenberg is an Assistant Professor in the Strategic Management Department of IESE Business School. He began teaching part time in the MBA and Global Executive programs in 1999 and joined the faculty on a full time basis in 2003.

Professor Rosenberg lectures in IESE’s MBA and Executive Education programs where he teaches strategy, geo-politics, and sustainability and publishes a weekly blog on these topics under the title Doing Business on the Earth.

His first book is an exploration of the link between business and the environment titled Strategy and Sustainability (Palgrave Macmillan, 2015) and looks at the issue more from the perspective of business executives rather than that of environmentalists. The second book is titled Strategy and Geopolitics (Emerald, 2017) and is written to encourage business leaders to pay more attention to what is happening around the planet. Both books offer his own frameworks for looking at these two issues.

From 2004-2009, Professor Rosenberg also managed IESE’s International Executive Education Unit and is currently the Academic Director for the Advanced Management Program in Media Entertainment and has co-edited Managing Media Businesses (Palgrave Macmillan, 2017) which is based on the course. Rosenberg is also Academic Director of Short course called Leading in a Matrix Organization at IESE’s building in New York City as well as a number of Custom Programs for corporate clients of the school.

Prior to join IESE Business School, Rosenberg was the Automotive Practice Leader of Heidrick & Struggles and before that spent 15 years as a Management consultant in Europe, North America and Asia for A.T. Kearney and for Arthur D. Little primarily in the automotive sector.

By the end of the first in-class UCLA module, you will be able to:

The classroom module will use various exercises, case studies, team assignment and class discussion to bring alive the complexities in the subject areas. It is required that you go through all the required cases as well as pre-reads and prepare for the session before the class. It will be greatly beneficial for you and the other participants to go through the material provided so that the discussion can be rich, and help clarify details with the faculty members during the in-class session.

Have questions regarding UCLA PGP PRO, Here are some of our most frequently asked questions. Please email support@northwest.academy for any support required with respect to the program, course or platform.